Since she co-founded SIG in 1990 Dr. Nabila El-Bassel has used science to bring evidence-based solutions to social and health problems. In 2019, Dr. El-Bassel received Columbia University's highest academic honor when she was appointed to the rank of University Professor.

Dr. Nablia El-Bassel is a University Professor at the Columbia University School of Social Work. She was recently named one of the top cited intimate partner violence researchers and is the Director and co-founder of the Social Intervention Group (SIG) and the Principal Investigator for the HEALing Communities Study, and Director of the Columbia Center for Healing of Opioid and Other Substance Use Disorders. Her articles have appeared in the New York Daily News and The Conversation among others; Dr. El-Bassel’s work has also been featured on NBC, in Bustle, and Washington Post’s The Lily.

Dr. Nabila El-Bassel provides significant national and international leadership to the global health agenda. Dr. El-Bassel is a Professor at the Columbia University School of Social Work and Director of the Social Intervention Group (SIG), which was established in 1990 as a multi-disciplinary center focusing on developing and testing effective prevention and intervention approaches and disseminating them to local, national, and international communities. Dr. El-Bassel is also the Director of the Columbia University Global Health Research Center of Central Asia (GHRCCA), a team of faculty, scientists, researchers, and students in both New York and Central Asia committed to advancing solutions to health and social issues in Central Asia through Research, Education, Training, and Policy and Dissemination.

Dr. El-Bassel has been funded extensively by the National Institute of Mental Health and the National Institute on Drug Abuse.  She has designed and tested HIV intervention and prevention models for women, men, and couples, which have been disseminated nationally and internationally. Dr. El-Bassel has been studying the intersecting epidemics of HIV and violence against women and has designed HIV interventions that address these co-occurring problems with significant scientific contributions in gender-based HIV prevention for women.

Dr. El-Bassel has been mentoring HIV research scientists from Central Asia and she has also been funded by the National Institute of Health to train faculty and research scientists on the science of HIV intervention and prevention.  She has published extensively on HIV prevention science and on the co-occurring problems of IPV and substance abuse.

Dr. El-Bassel has designed and tested multi-level Intervention and prevention models addressing substance-use, the opioid epidemic, HIV, and gender-based violence among multiple populations including individuals and couples in different settings such as drug treatment and harm reduction programs, primary care, refugee camps, and the criminal justice system.  She has conducted research in the US and globally including Central Asia, Southeast Asia, the Middle East and South Africa. Her research has been funded extensively by the National Institute on Drug Abuse and the National Institute of Mental Health. She has been awarded $78 million to pursue her research, and has published over 260 multidisciplinary peer-reviewed papers. Her papers have been cited over 8000 times and her H index is 49.

Drug overdose among women in intimate relationships: The role of partner violence, adversity and relationship dependencies

Differences by sex in associations between injection drug risks and drug crime conviction among people who inject drugs in Almaty, Kazakhstan

Project Nova: A Combination HIV Prevention and Microfinance Intervention for Women Who Engage in Sex Work and Use Drugs in Kazakhstan

Men in Community Correction Programs and Their Female Primary Sex Partners: Latent Class Analysis to Identify the Relationship of Clusters of Drug Use and Sexual Behaviors and HIV Risks 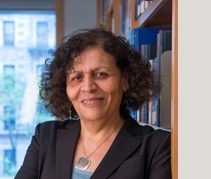